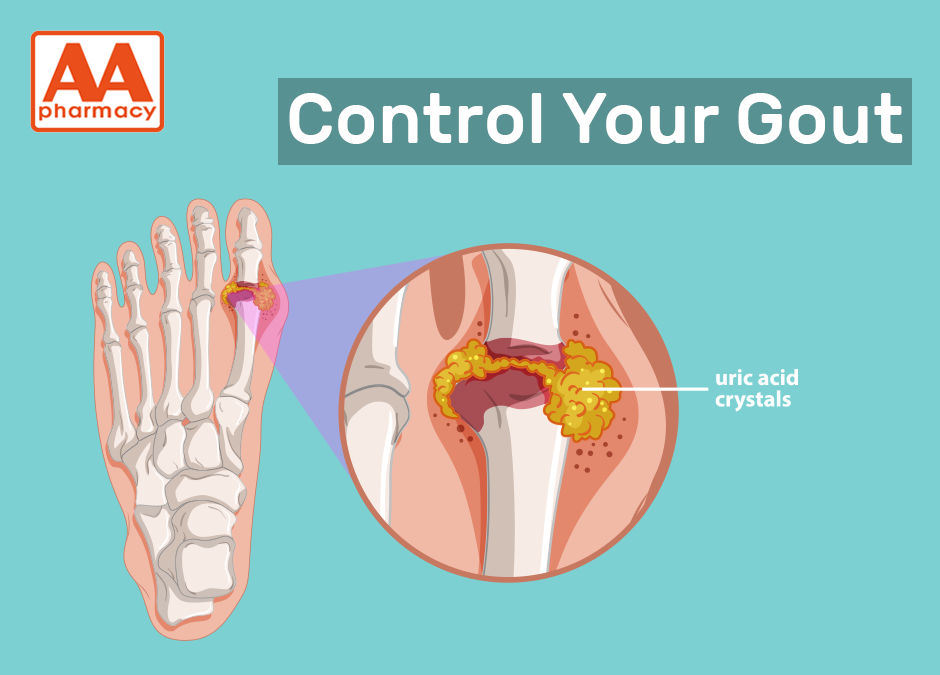 Gout is a common inflammatory arthritis which happened in some people with high uric acid level. During acute attack, patient will suffer from intense pain, inflammation and swelling at the joint.

The symptoms of gout are due to the formation of uric acid crystals in the joints and the body’s response to them. Joints that commonly affected included big toe, forefoot, ankle, knee, wrist, elbow and finger.

HOW ABOUT URIC ACID? WHAT DOES IT MEAN?

Uric acid is a substance that normally forms when the body breaks down purines, which are found in human cells and in many foods.  Uric acid is transported by the blood to the kidneys and eliminated in the urine.

However, some people either overproduce uric acid or they produce a normal amount, but their kidneys can’t process it efficiently and an excess of uric acid builds up.

Hyperuricemia, is a condition of the result of excess uric acid in the body. It can be caused by excessive intake of food high in uric acid, under excretion uric acid from the body or both.

Body produce uric acid when metabolize purine in the food. Thus, skip foods and drinks that are high in purines can help to lower chances of an gout attack, for example:

Adequate fluid intake by drinking 2-3L water a day can help to flush the uric acid out from our body.

Commonly used medications for acute gout attack include nonsteroidal anti-inflammatory drugs (NSAIDs), colchicine, or corticosteroids. These reduce inflammation and pain in the areas affected by gout.

Medications can also be used to either reduce the production of uric acid (xanthine oxidase inhibitors such as allopurinol) or improve the kidney’s ability to remove uric acid from the body (probenecid), with under supervision of medical doctor.

Without treatment, an acute gout attack will be at its worst between 12 and 24 hours after it began. A person can expect to recover within 1 to 2 weeks without treatment.