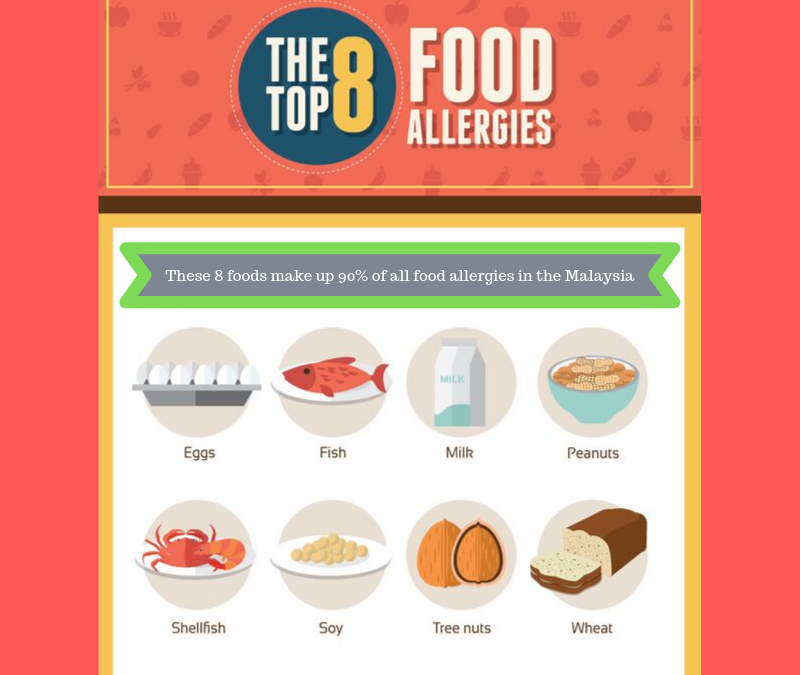 Food allergy occurs when the body’s immune system react unusually to specific food. In individuals with food allergies, the immune system mistakenly respond to a food if it were harmful, triggering a range of negative health effects also known as food allergy reactions. Although allergic reactions are often mild, they can be very serious.

In children, food allergy is among the most common non-communicable diseases and majority of the cases is about 60% to 70% of children has tend to show up within the first year of life. The most common foods which because allergies are cow’s milk, eggs, fish and peanuts.

Generally, in children with food allergies, their immune system becomes over-responsive towards a particular food and this results in an inflammatory cascade of events going through the body.

Where peanut allergy is concerned, it used to be a major issue in more developed countries like Europe and the United Kingdom.

It was almost unheard of in Malaysia but recently we are starting to see more peanut allergies among children here.

More than 170 foods are known to cause the allergy reaction in some people. Eight foods account for 90% of all allergic reactions which are milk, eggs, peanuts, soy, wheat, tree nuts such as almonds, walnuts, pecans and fish, shellfish including crab, lobster, shrimp.

These eight allergens are the most common, a person may have a severe reaction of allergy to a different food, and they may be allergic to more than one food.

Allergic reactions vary from mild to severe and can become visible within minutes to hours after exposure to a food allergen. It can affect one or more systems in the body, such as skin, gastrointestinal (GI) tract, respiratory and cardiovascular system.

Anaphylaxis is best described as a severe allergic reaction that occurs quickly and may cause death. Not all allergic reactions will progress into anaphylaxis. As a matter of fact, most reactions are mild and can resolve without problems. However, early signs of anaphylaxis can bear a resemblance to a mild allergic reaction. Unless obvious symptom such as throat hoarseness or swelling, persistent wheezing, either fainting or low blood pressure that present, it is not easy to predict whether these initial. Thus, mild symptoms will progress to become an anaphylactic reaction that can result in death.

Hence, all children with known or suspected ingestion of a food allergen and the appearance of symptoms consistent with an allergic reaction must be closely monitor and treated at the early signs of anaphylaxis.

These are some preventive measures that can be taken: be careful at restaurants, pack allergen-free foods before leaving home, cook home-cooked meals, bring an epi-pen, wear medical alert bracelet or necklace and read the food label before you buy.