Is BCG enemy of Tuberculosis? 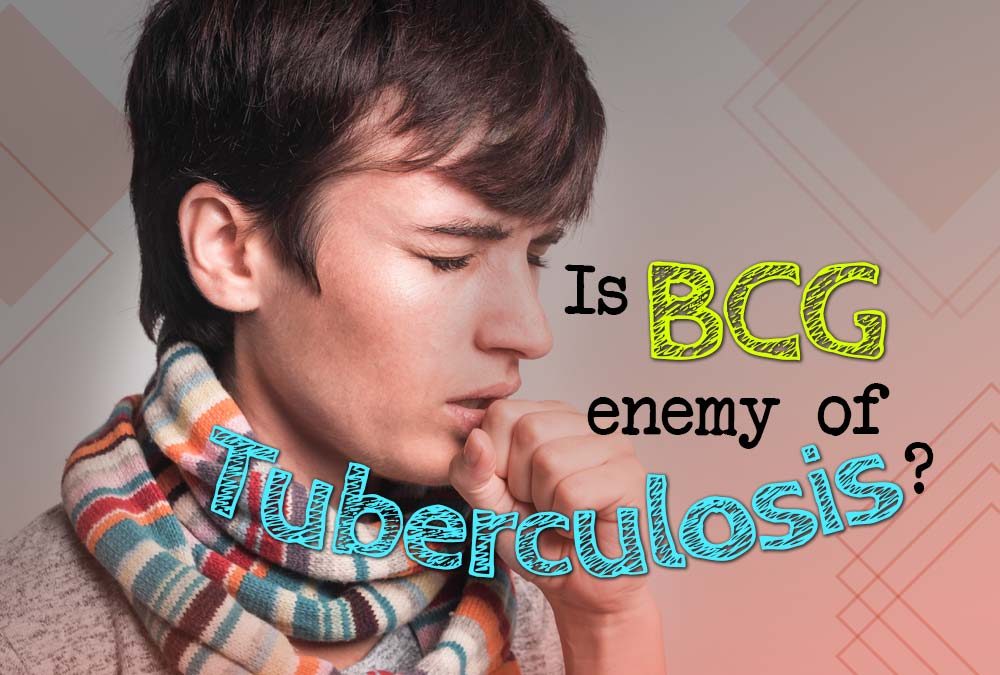 If you ever have sign and symptoms of cough with sputum and blood at times, chest pains, weakness, weight loss, fever and night sweats, you should visit your nearest clinical service centre immediately because you might be infected with Tuberculosis, also known as TB.

Tuberculosis (TB) is a curable and preventable respiratory disease caused by bacteria (Mycobacterium Tuberculosis). TB spreads from an individual to individual through air droplet. When people with lung TB cough, sneeze or spit, they propel the TB germs into the air. A person will easily be infected with merely a few inhalation of these germ. About one-quarter of the world’s population has latent TB, which means people have been infected by TB bacteria but are not (yet) ill with the disease and cannot transmit the disease.

In 2016, 10.4 million people fell ill with TB, and 1.7 million died from the disease. Due to the disaster brought by TB, a vaccine has been invented to prevent the spreading of this tragedy disease which is Bacillus Calmette–Guérin (BCG) vaccine.

In the absence of scientific evidence that vaccination confers protection, World Health Organization (WHO) Global Programmes on Tuberculosis and on Vaccines in 1995 did not recommend repeat BCG schemes, but recommended a single dose of the BCG vaccine at or soon after birth in all countries with a high incidence of TB infection.

In Malaysia, the National BCG Vaccination Program was initiated in 1961. Routine BCG vaccination is given to newborns at birth (primary BCG vaccination). Thereafter, an additional booster dose is given to children at the age of seven (Sabah) and twelve years (other states) administered by the school health team who visited primary schools every year. The program was modified in July 2002 by which the additional booster dose was discontinued. The revaccination, however is still given to those children without BCG scar or with no BCG vaccination history, without prior Tuberculin Skin Test.

However, according to the a study which involved 21582 subjects in Malaysia, about One-fifth of TB patients had unfavourable outcomes.

Avoid exposing yourself with people with active TB infection.

Stay away from patient with TB infection especially those who are under treatment for less than 2 weeks as it is highly contagious. If you are unavoidable (healthcare workers), wear face mask tightly to reduce the risk.

For those who are infected:

Quarantine yourself to avoid passing to others.
Must finish the course of treatment.
Put on mask to cover your mouth.